Showing posts from June, 2018
Show all

It is important to look for savory substitutes to help against obesity and the problems that come with it.   Traditionally, nutritious snacks couldn’t compare to junk food when someone had a sweet tooth or craving.   However, eating fruits and veggies can be just as satisfying for everyone looking to maintain a healthy weight. Here are six ways eating fruits and vegetables can help keep your weight in shape: Most fruits and veggies have low amounts of calories compared to the same volume of other foods.  This means you can snack on these healthy foods throughout the day without overindulging. Fruits and veggies consist of large water and fiber quantities.  Eating foods with these qualities will keep you full and delay hunger.  End those constant cravings with these healthy alternatives. Raw or steamed veggies are chewy and require a bit more work to get down.  This is a good thing.  Slowing down the pace of eating limits the amount of overall food intake.  Take your time and enjoy the
Read more

Take advantage of the beautiful weather and get outside with your family for some fun and physical activity in the sun. Experts recommend adults participate in moderate physical activity for at least 30 minutes per day for five days a week. Children and teens should get at least an hour of moderate to vigorous activity each day. Are you out of ideas on how you can motivate your family to get moving? Grab the sunscreen and some water to keep everyone hydrated and check out these suggestions for summer adventures your whole family will love!  Plan a hike, bicycle ride, canoe trip or walk to check out the sights and sounds of nature. Search trails.com to browse trails by the outdoor activity you love and find a path near you.  Going to the beach? Make sure to include a family walk or jog across the sand. Don’t forget to bring a Frisbee for a quick game in between dips in the ocean. Enjoy amusement and water parks? Along with being fun for all ages, these parks get everyone on their feet
Read more

Stand Up and Burn Calories!

Did you know that sitting at your desk all day can be just as bad for your health as smoking? According to Harvard Medical School, even if you exercise regularly, a desk job minimizes the health benefits of your workouts. Compared to sitting, standing burns slightly more calories — about 0.15 calories per minute. But that tiny difference adds up: a person who weighs 143 pounds could burn an extra 54 calories per day by standing instead of sitting for six hours, as researchers report in the Jan. 1, 2018, European Journal of Preventive Cardiology. Assuming that person kept eating the same number of calories per day, that translates to 5.5 pounds of weight loss after one year. The estimate comes from data pooled from 46 different studies. A separate study of more than 2,600 people ages 60 and older looked at how sedentary habits affect heart disease risk. Participants reported how long they sat (on one weekday and one weekend day) at the start of the study and again two years later. The f
Read more

Depression is one of the most common mental disorders in the U.S. While both men and women suffer from depression, their willingness to talk about their feelings may be very different. Research shows that men are less likely than women to recognize, talk about, and seek treatment for depression. More than 6 million men in the U.S. suffer from depression each year.  Traditional signs of depression (sadness, worthlessness, excessive guilt) may not represent a man’s bout with depression. Instead, men may express their depression through increased fatigue, irritability and anger, loss of interest in work or hobbies, and sleep disturbances. The three most commonly overlooked signs of depression in men are: Physical pain.  Sometimes depression in men shows up as physical symptoms—such as backache, frequent headaches, sleep problems, or digestive disorders—that don’t respond to normal treatment. Anger.  This could range from irritability, sensitivity to criticism, or a loss of your sense of h
Read more

When money is tight and time is short, it may seem difficult to maintain a healthy diet. But mealtime doesn’t have to be costly, complicated, or unhealthy – eating right can be affordable, convenient and nutritious with a small amount of advanced planning. Simple concepts like portion control, choosing frozen or canned produce, and safely handling and storing leftovers can stretch any food budget. As food prices continue to rise, shoppers are challenged to find more economical ways to buy groceries and prepare healthy meals. Here are 10 tips for stretching your food dollar. Plan Menus and Make a List A sure way to overspend is by wandering aimlessly through the aisles and tossing whatever looks good in your cart. Instead, plan a menu and write a shopping list that corresponds to the store aisles. Use Coupons and Rewards Cards Did you know the Sunday inserts in your local paper have anywhere from $50 to $75 worth of coupons in them? Clipping coupons or printing them from websites can sa
Read more

Pain, stiffness, and swelling in your joints are all symptoms of rheumatoid arthritis (RA), a chronic inflammatory disorder that can also affect other body systems, including the skin, eyes, lungs, heart and blood vessels. Staying active can help relieve the symptoms of RA by strengthening your joints, improving your range of motion, and giving you the opportunity to take part in the activities you enjoy. It’s best to take a cautious and strategic approach when starting an exercise program. Harvard Medical School suggests an individualized program — ideally developed with the help of a physical therapist — to help you protect vulnerable joints while strengthening surrounding muscles. Aerobic conditioning.  Exercise that increases your heart rate and breathing rate has many benefits, including lowering your chances of developing conditions such as diabetes, stroke, and heart disease. It's especially important for people with rheumatoid arthritis because they are more prone to develo
Read more
More posts 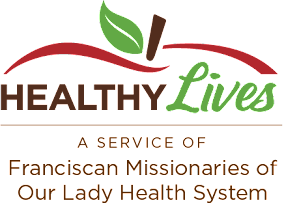